The thrilling music of Ludwig van Beethoven has inspired musicians and audiences for generations. As the world prepares for the great composer’s 250th birthday in the year 2020, the Idaho Falls Symphony gets the celebrations started this weekend with a concert called “The Genius of Beethoven,” planned for Saturday, March 30th at 7:30pm in the Idaho Falls Civic Center for the Performing Arts.

IF Symphony Music Director Thomas Heuser chose the program to showcase three of Beethoven’s most significant masterworks: the brooding Egmont Overture, the uplifting Fourth Symphony, and the heroic “Emperor” Piano Concerto, all written during Beethoven’s most productive years.

“We are so fortunate to have such a talented orchestra here in Idaho Falls, our musicians can play anything,” remarks Dr. Heuser, who has been the Music Director of the IFS since 2011. “But when we are preparing Beethoven’s music, suddenly the experience goes to a whole new level. I am astonished by the power of this music to convey such profound emotions, it takes the listener on a journey.”

Joining the Symphony for this ambitious musical journey will be several notable guests. First, the orchestra will incorporate a dozen students from the Idaho Falls Youth Symphony for a “Side-by-Side” performance of Beethoven’s Egmont Overture. These students auditioned to be considered for the opportunity, during which they will be sitting alongside the Symphony’s professional musicians. Meanwhile the rest of the Youth Symphony will have a chance to perform the same exciting Overture on their Spring Concert, scheduled for May 1st, under the direction of IFYS Music Director Diane Soelberg. 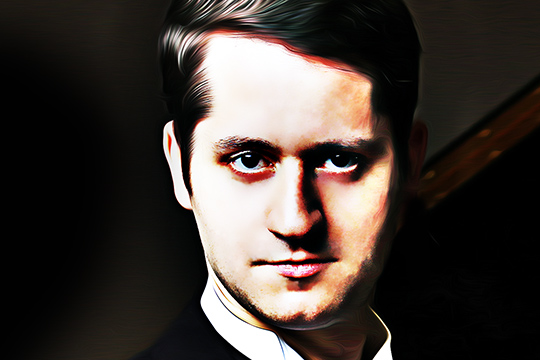 After intermission, Heuser and the Symphony will be joined by Russian pianist Nikita Mndoyants for Beethoven’s epic “Emperor” Piano Concerto, one of the most demanding works in the repertoire. A recent winner of the Cleveland International Piano Competition, Mndoyants has performed with dozens of major orchestras and is emerging as one of the most in-demand recital pianists on the world stage.

In addition to headlining the Symphony concert, Mndoyants will also perform a Solo Recital as part of his residency on Thursday, March 28th at 7:00pm in the Willard Arts Center’s Carr Gallery. The Solo Recital is part of the Symphony’s intimate Chamber Music Series, and features piano music by Haydn, Brahms, and, of course, Beethoven. Tickets are $40 each and are limited to an exclusive audience of 75 guests. They can be purchased online or in person at the door.

Mndoyants will also be offering a Piano Masterclass—free and open to the public—on Friday, March 29th, from 4:00-5:30pm at the Piano Gallery on 17th Street. Three local piano students have been selected to participate in the Masterclass, and each will perform a solo selection for Mndoyants, which is a tremendous honor. After listening, the artist will offer his insights into their performance and offer suggestions for their continued learning. The Masterclass series is a critical component of the Symphony’s educational efforts in the greater Southeast Idaho region.

“The Genius of Beethoven” will be performed for one night only: Saturday, March 30th, at 7:30pm in the Civic Center for the Performing Arts. Join Maestro Heuser and Nikita Mndoyants for a free Pre-Concert Discussion starting at 6:30pm on March 30th for exclusive insights into the music, the genius of the composer, and about the performance experience itself. To get more involved, follow the Idaho Falls Symphony on Facebook, Instagram, and Twitter.